Read more View ALL
View all Esther Koren in the media

Esther Koren heads the Mergers & Acquisitions (M&A) department at GKH. She specializes in corporate law, mergers and acquisitions and securities law, as well as engaging in corporate reorganization and creditor arrangements, compensation and incentive schemes, and executive compensation.

Esther regularly counsels and advises major Israeli concerns in connection with their corporate and securities law issues, mergers and acquisitions and securities offerings. Esther is a licensed C.P.A. and is frequently consulted by clients on the legal implications and structuring of tax driven transactions.

Additionally, Esther is a lecturer at the Israeli Bar Association and teaches in courses for directors and officers at the Tel Aviv University. She previously served as a member of the advisory board of the Bank of Israel, and of the Public Committee for Government Housing Assistance.

Legal 500 2014 listed her as a recommended individual, describing her as “knowledgeable and easy to work with”.

According to Chambers & Partners 2018 Global Guide: Esther Koren co-heads the department and is noted by market sources for her M&A and securities expertise. She advised ChemChina and its subsidiary Hubei Sanonda on its cross-border acquisition of ADAMA Agricultural Solutions.

The IFLR guide to the world’s leading financial law firms has named Esther as highly regarded, in the IFLR1000 2019 rankings. 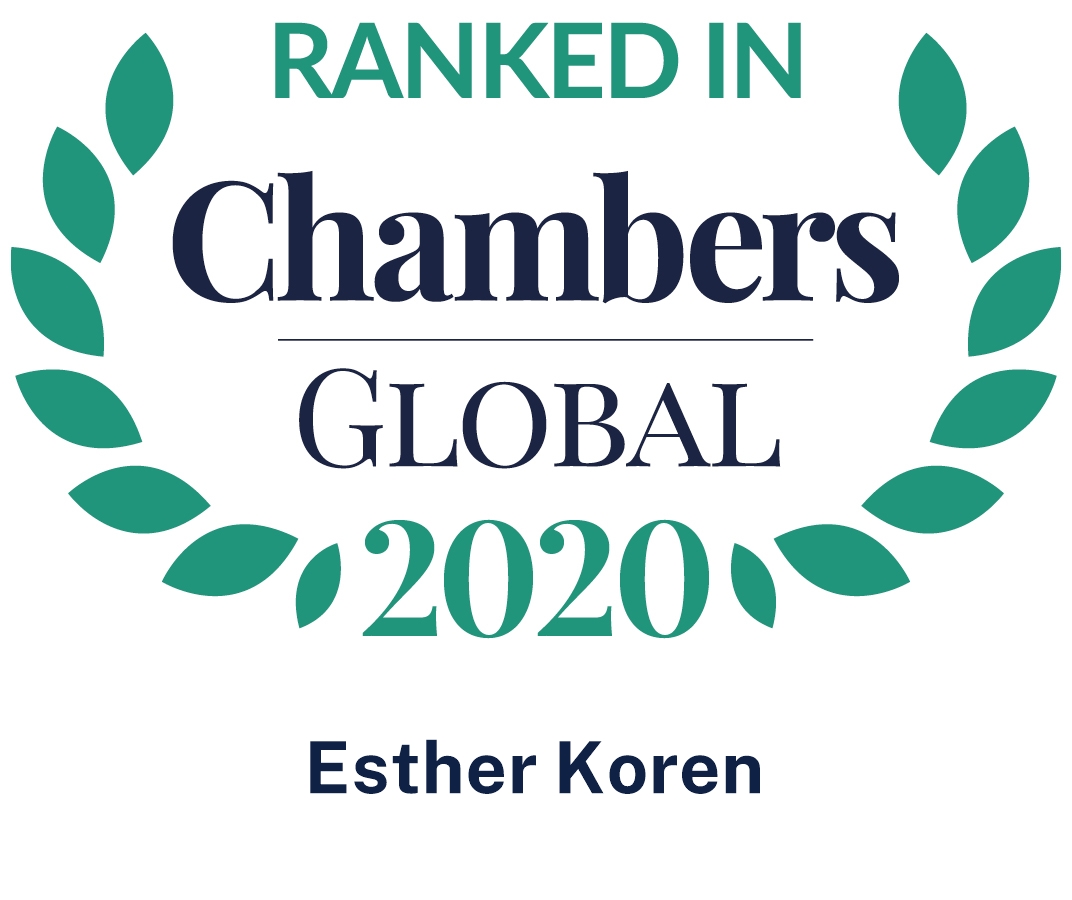